Two hundred years ago, the kingdom of Misroth broke free from the grip of the Alrenian Empire. Now Misroth lives with borders closed to the rest of the continent in order to keep the peace. Its people are proud of the courageous rebellion that bought them their freedom. Though traces of Misroth’s Alrenian heritage touch everything from their worship of the Life-Giver to their names, Alrenian culture is despised and the Alrenian language is forbidden. Misroth’s sigil is the dragon constellation Vehgar, which decorates the flag and the uniforms of soldiers and guards. It symbolizes strength, beauty, and light…even though many Misrothian priests claim beauty is frivolous. 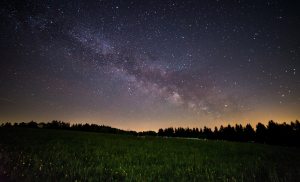 Before Toryn was conquered by the Alrenian Empire, it was a divided land of rival clans led by Captains. A rough, war-driven people, they found themselves fighting for their very survival when nightmarish monsters and demons from the Wastelands invaded. Cities fell and people were forced into hiding. The Toryn gods and goddesses seemed to have forsaken them, just as Misroth, with its closed borders, and Alrenor, distant and unreachable, have done. Now the Toryn, unified as they never were before, value survival above all else, and embrace feasting and dancing whenever they can. Because tomorrow, they could all be dead.

With its capital on the warm southern coast of the continent, Alrenor, or the Alrenian Empire, is known as the Land of the Sun. From its opulent, pearl-white columns and arches, to its shimmering beaches, to its people known for their luxury and excess, Alrenor is as beautiful as it is cruel. The land is also home to dragons and the Dragon Keepers, Alrenian men and women known for their skill in combat, their bloodlust, and their control of their deadly beasts. Alrenians are a race of people who literally shine like gold: their skin is gold-tinted and they have gold flecks in their eyes. This, along with their reputation as fearless warriors and their belief that they are the Chosen People of the Life-Giver, make them as arrogant as they are deadly.